Microsoft is making one of its two next-generation versions of Office subscription-free – Office LTSC – generally available on September 16. Office LTSC, or Long Term Servicing Channel, offers a subset of the features included in Microsoft 365 / Office 365 Office publishes and is intended for specific and regulated scenarios. Office LTSC is available worldwide to all volume licensed customers starting today.

Microsoft’s other next-generation subscription-free version of Office, known as Office 2021, which Microsoft is positioning as its consumer-focused subscription-free version, will be available on October 5, officials said today. . This date is no accident. Microsoft will launch Windows 11 on October 5. Officials said more details on Office 2021 would be available at that time. So far, Microsoft officials have indicated that Office 2021 will be limited to use on a single PC or Mac. They have also previously stated that the price of the Office 2021 SKU will not change from the current price of the Office perpetual SKU. 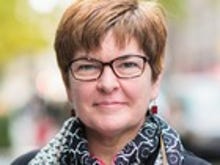 Office LTSC will have full five-year support, as will Office 2021. Microsoft made a public preview of Office LTSC available at the end of April of this year. Officials reiterated today that Office LTSC would not be the last “perpetual” (no-subscription) version of Office from Microsoft.

Microsoft is also making its next versions of Project and Visio available today, September 16.

Office LTSC officials reminded potential customers today that this isn’t for those who are just trying to avoid feature updates or pay for subscriptions. It is intended for use on “regulated devices” which cannot obtain feature updates, process control devices in manufacturing, and specialized systems which cannot connect to the Internet. Office LTSC does not include cloud-based features of Microsoft 365 versions of Office apps, including real-time collaboration, AI-based automation in Word, Excel, and PowerPoint, and security and compliance features , officials said.

The core of Office perpetual SKUs will not change – they will still include Word, Excel, PowerPoint, Outlook, OneNote, and other key applications. Office LTSC won’t ship with the Skype for Business client, but the Skype for Business client app can be downloaded from the Microsoft Download Center for those who want / need it. Instead, the Teams app will be part of the suite.

In February, Microsoft officials said that the price of commercial and government references (Office Standard and Office Professional Plus) will increase by 10%, and the price of individual applications will increase by 12% from October 1, 2021. There will be also a 10% price increase for EDU customers for these Office SKUs.

What about the next generation of on-premises Office servers? Last year, Microsoft officials announced that the next versions of on-premises Exchange Server, SharePoint Server, Skype for Business Server, and Project Server would be available in the second half of 2021. The catch: Everything would require a subscription for support, product updates, and security updates. As far as I know, only the subscription edition of SharePoint Server is available for testers. I have asked Microsoft for an update on other local servers to come; no word back so far.